Advice For Coping With Anxiety

What I've Learned Over The Years 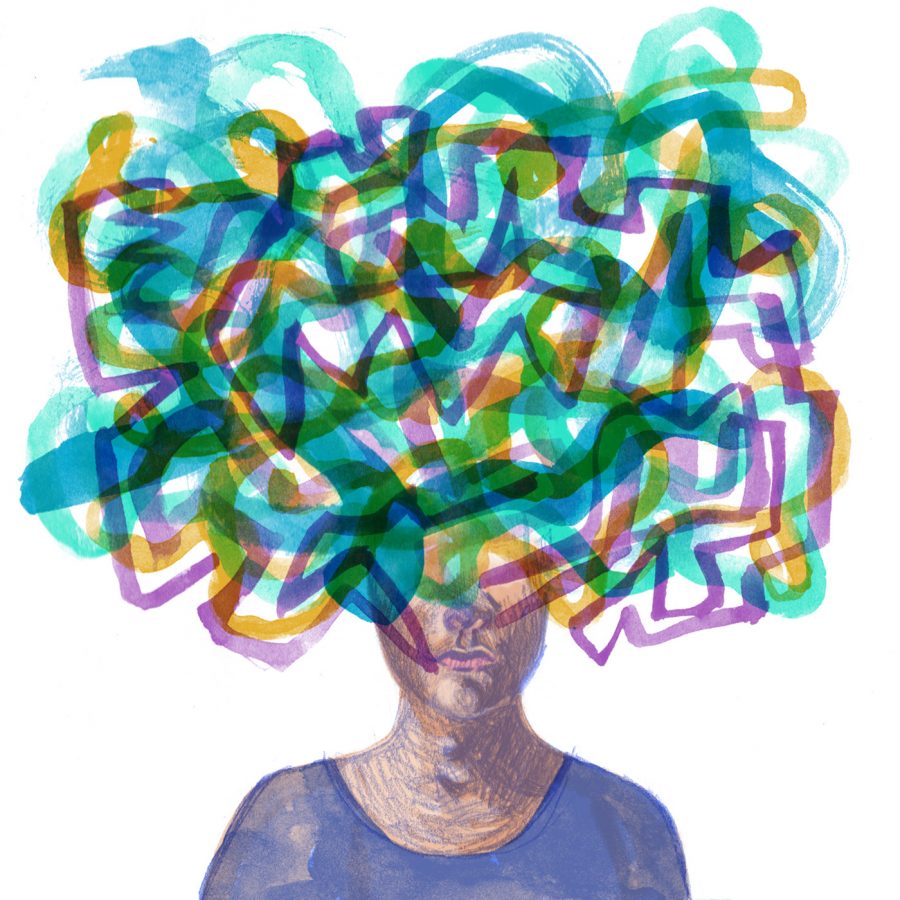 We’ve all been there; your heart is racing, your chest is tight and it’s hard to breathe, your brain is racing a mile a minute, but you couldn’t form a coherent thought if you wanted to, and worst of all, you don’t know how to make it stop. Anxiety is an issue more prevalent now among teens than ever before. Studies conducted by the Child Mind Institute revealed that anxiety disorders are more commonly diagnosed across adolescents than any other disorder, which is more startling when you consider about 1 in every 3 teens under the age of 18 meet the criteria for one or more anxiety disorders. And with today’s social and environmental pressures, it’s no wonder teens today are facing an increase in anxiety rates.

Alarming as those statistics are, there aren’t really any universally known fix-all solutions.When most people see someone beginning to spiral, their first instinct is to tell you to breathe, but if it were really that simple, the problem wouldn’t be so prominent after all.

While of course different things work for different people, I’ve found a few things that make it easier for me to get through the bouts of anxiety, instead of trying to stop it.

The best tip I could give would be to be able to identify and attribute all the feelings you’re experiencing to what’s actually happening in your body. Toward the beginning of an anxiety or panic attack, to keep more control and hopefully de-escalate things, I find it helps to keep track of all the different feelings in my body. Being able to link that physical sensation to physiologically to what’s going on helps to make me feel like I have a little more control, or awareness at least, over everything going on.

During an attack, your body jumps into fight for flight mode, which is what the racing heart feeling and shortness of breath are from. It’s your body gearing up to fight whatever’s making you nervous, or run like hell from it; in the case of anxiety, regardless of whether or not you’re aware of what that scary thing is. Sometimes you can feel a numbness or tingling sensation in your arms and legs, which is because of the movement of blood in your body and the release of adrenaline. I also tend to get shaky as a result of not taking deep enough breaths and breathing too quickly. That shaky feeling comes along with the tightening of your throat, chills, and the increased tingling sensation.

Sometimes though, the best thing to do is to use that awareness of the feelings in your body when you feel an attack coming on so that you can lessen the intensity of the attack. The National Center for Biotechnology conducted a study with people who’d been diagnosed with a panic disorder. The patients wore devices that tracked their heartbeat, sweat, and breathing patterns. The results showed that up to 45 minutes before the appearance of an attack, patients saw lower-than-normal levels of CO2, a common sign of rapid and too-deep breathing. So paying close attention to the speed and depth of your breaths could be a good way to detect a possible panic or anxiety attack before it starts so you can use other assuaging techniques to lessen how much that coming attack sucks.

If your surroundings or the feelings of panic were too overwhelming to calm down a starting attack, there are a few steps you can take to keep an attack from escalating. The best thing to do is to move somewhere quiet, with fewer people around and less things going on. It makes sense that it’s easier to focus and helps to keep the panic from getting worse when you don’t have a lot of other stimulation around you. I know not all situations are conducive to that though, and sometimes teachers won’t let you leave the room or take a second to breathe. Usually it helps if you let them know beforehand when you aren’t feeling an attack coming on, and can explain what’s happening and what you’d need in that situation.

Another helpful tip, although somewhat obvious, is to control your breathing. Usually people ask you to breathe slowly and deeply, which can be helpful if you’re struggling with hyperventilating. But usually I find the best thing to do is just to regulate how long and deeply you’re breathing. You want to make sure your breathing is constant so that you can calm your heart rate and let your body catch up to replenish your CO2.

And what I would say is the worst (and hardest to control) symptom is the panicky racing mind feeling. Depending on what’s causing the anxiety and how your brain works, different techniques are going to work for you. As much as it sucks to hear, sometimes it takes a while of getting through panic and anxiety attacks to find what’ll work for you. Personally, I try the 5-things strategy. You focus your attention on finding 5 things of the same color, or 5 things that sound the same, or 5 items of the same size. Giving my brain a task to do helps distract from the nerves until my body equalizes too. I usually repeat that until I feel less overwhelmed.

Anxiety isn’t always easily diagnosed, and my anxiety didn’t really become prevalent until a year or two ago. But if you’re still struggling to cope with it and keep it under control, the best advice I could give would be to talk about it. Whether or not it’s a professional, having someone else who understands what you might need if you’re having an anxiety attack, who can offer a different perspective on coping strategies, or who can just help take some of the pressure off when you need to vent.

If you don’t feel like you’re able to talk to anyone about your anxiety, or you just need another resource, the Crisis Text Line is always open if you text CONNECT to 741741. If you feel like your anxiety is worsening, another good resource that’s free and totally confidential is the National Suicide Prevention Lifeline at 1-800-273-TALK (8255). You aren’t alone in what you’re going through, and there’s always a light at the end of the tunnel.