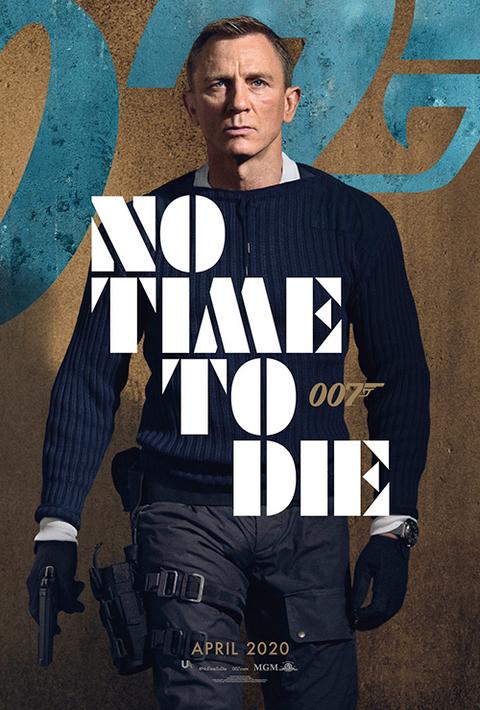 Bond 25: No Time to Die In-Depth Review: A Worthy End to the Daniel Craig Era

Note: The first half is a timeline for the Daniel Craig era of Bond followed by a brief non-spoiler review of “No Time to Die” and a recommendation to watch. The second half will spoil the entirety of Bond 25. There will be a spoiler warning indicating the start of the spoilers section. This is a long article so grab some snacks and settle in for the ride.

Arguably the five most iconic words spoken by arguably the most iconic character in the history of cinema and fiction. Originating from the brilliant mind of Ian Fleming and debuting in the novel “Casino Royale” in 1953, James Bond has been a staple of pop culture with 41 novels and 25 films across his 68 years of existence. The films, starting with “Dr. No” in 1962, became the longest running cinematic franchise with five different men taking up the lead role of 007 prior to Daniel Craig’s arrival. Sean Connery (1962-1967,1971,1983) brought the suave special agent to life for the first time in film with his signature Irish charm. George Lazenby (1969) had one incredibly fun and emotional film that showed much unrealized potential. Roger Moore (1973-1985) defined the role of Bond for a generation of new fans. Timothy Dalton (1987-1989) gave a gritty and real performance that truly mirrored Fleming’s vision of 007. Pierce Brosnan (1995-2002) brought the cheesy and over-the-top action that defined the 90s blockbuster scene to the Bond franchise with mixed results. Needless to say, Daniel Craig had a lot of history to live up to.

When it was announced that Craig would take up the role back in 2005, the massive fan backlash was felt in almost every corner of the fandom. Historically, every Bond actor had dark brown/black hair, brown eyes, and a tall and thin build. Craig was as polar opposite as you could get: blonde hair, bright blue eyes, and a shorter than average height (Craig is 5’10, the average Bond actor before was 6’2) and an extremely bulky build. Just about everyone short of the production team working on 2006’s “Casino Royale” and Craig himself despised the selection believing that a simple change in appearance was too much to bear for the character.

Looking back at this controversy knowing that Craig ended with an amazing 15-year-run of five separate films is amusing. The aforementioned “Casino Royale” from 2006 and the epic “Skyfall” from 2012 were massive commercial and financial hits, especially “Skyfall” as it is the only Bond film to gross over $1 billion at the box office. Craig’s franchise isn’t all sunshine and rainbows though as both 2008’s “Quantum of Solace” and 2015’s “Spectre” were incredibly divisive films with glaring issues on and off camera, the latter of which caused James Bond himself to publicly state that he’d rather harm himself than play 007 again. Although he was adamant in his stance initially, a $25 million-dollar paycheck seemed to convince him to return, and a fifth and final Craig Bond film was announced in September 2018. After its initial announcement, “No Time To Die” was set to release in April 2020 but due to the COVID-19 pandemic it was delayed to November 2020. The hope was to avoid the pandemic, but it ultimately succumbed to a final delay of 11 months to October 8th, 2021.

Whew, that was a lot of word vomit. I hope everyone is caught up to speed. Let’s actually get to the non-spoiler review of the movie. This movie is flat-out awesome. Cinematography director Linus Sandgren and his crew really outdid themselves with the beautiful longshots and the focus on the primary character. Not only does this film look incredible, but the story is a near-perfect finale for Daniel Craig and most of his allies. Both Bond and his new love Madeline Swann must grapple with their past trauma as a scientist from the British government works with the demon from Madeline’s childhood as they attempt to cause chaos and ruin across the planet. As the first and only world-ending plot for Craig’s Bond, it feels sort of disappointing. The interconnection with Spectre continued the long-running story arc of the incognito opposite of MI6 hunting Bond, and the personal stakes for Bond and Madeleine feel real as every second of the third act expertly crafts a thick web of tension that culminates to an emotional yet somewhat anticlimactic finale.

M, Q, and Miss Moneypenny are excellent as always as they help Bond save the world one last time. The return of Felix Lighter, the CIA counterpart of 007 and last seen in “Quantum of Solace”, was a pleasant surprise and the chemistry between the two creates a believable bromance. The debuts of Nomi and Paloma as Bond girls/fellow agents were sort of mixed. Paloma was an excellent partner for Bond while Nomi felt like a character the writers wanted to push down people’s throats as someone to rival Bond, though she became a massive afterthought after her spotlight dimmed in the latter half of the first act. The main villain was better written than Blofeld from “Spectre” but hardly compares to Le Chiffre and Raoul Silva. Named Safin, his whole goal for the downfall of the free world doesn’t hit home like any of the personal attacks towards Bond and Madeleine, and even then he didn’t feel like he was in control, more as if he was a walking source of exposition rather than this 007’s ultimate antagonist.

“No Time To Die” is a very fun and emotional film. The action is stellar, with one particular one-shot scene where Bond ascends a long staircase fighting mercenaries and dodging a rainfall of grenades and a foggy forest chase where cars are flying and crashing into every tree imaginable. As mentioned, this film is brilliantly shot and the final shot is especially worthy of praise with a classic homage to the legacy of Bond. The characters, save the main villain and Nomi, held to their already high bar for character development. The love story of Bond and Madeline Swann is so well done and so emotionally charged that it becomes the far and away highlight of the film with many twists and turns making the ending and its implications even more tragic whilst redeeming the poor start their relationship had in “Spectre”. As mentioned, the villain is so painfully basic and average that it does drag the film a bit, and a couple side characters feel forced and out of place. I would absolutely recommend everyone see this movie, especially if you’re invested in this CraigBond franchise but don’t go in with sky-high expectations.

See it now, wait a while, or never touch? See it now

Warning: This is the start of the spoilers section. Do not continue if you wish to experience No Time to Die with fresh eyes.

Spoiler time! I can’t start this section and not mention the big elephant in the room. Yes, James Bond is dead, killed by the missile strike that destroyed Safin’s island base. The actions that led to his death unfortunately feels dissatisfying. It is very clever to have the Chekhov’s gun of the film being the vial of the disease Safin uses as a collateral against Madeline. I was shocked when Bond beat him down in the Garden of Death and Safin showed the shattered glass of the vial. At that moment, Bond was a dead man walking, but the disease itself is so terribly explained that I only realized this after reading and watching multiple plot summaries on the film. A disease coded to the DNA of certain people is a cool concept, but especially with the vial and the idea that Bond can never touch Madeline or his daughter again without killing them seems more like a plot device to kill Bond rather than a truly impactful twist, and the main driving force of the story should never ever be used as a convenient plot device.

Getting back to the disease, I stated previously that it’s terribly explained and boy is it bad. M states that it’s a disease specifically used as a DNA bullet of sorts to prevent excessive collateral damage on missions. The scientist who worked to create it, David Dencik’s Valdo Obruchev, explains that it’s a bioweapon built to be dropped into the frontlines of war. Which one is it?! They try so hard to explain it, but each and every time is different from the last. It’s not too much to ask for just one solitary explanation for the main anchor of the plot.

Villains in the CraigBond franchise have almost always been incredible (not you, Dominic Greene or Ernest Blofeld) but boy, Rami Malak is not in that category. He is a painfully average villain, with his plan simply being to destroy the world because he lost his family to Spectre when he was young. He was the boogeyman who Madeline had mentioned broke into her home as a kid and killed her mother. That particular scene is the opening of the film and it’s an incredibly tense and well-made opener that really hypes you up to see more of Lyutsifer Safin. Unfortunately, the rest of his scenes besides the one with Bond in the Garden of Death as mentioned are bafflingly boring. He has a therapy session with Madeline where he just rambles about being sad and taking it out on the people of the world. It’s a 5-plus minute scene with one meaningful moment where Madeline realizes who Safin is. It becomes a progressively annoying trend and there never comes a time where the character reaches a peak again. He’s a villain that captivates you in the beginning and ultimately disappoints you in the end.

I know I’ve ragged heavily on the film in this section, so let’s end this review on a good note. Daniel Craig’s swan song performance was his most emotional and arguably best overall outing as the suave secret agent, and he will absolutely be missed in the future. Léa Seydoux, Ana De Armas, Jeffrey Wright, Naomie Harris, Ben Whishaw, and Ralph Fiennes all give excellent performances and stand out as massive highlights of the film. The rest of the cast, including Rami Malak, Rory Kinnear, Lashana Lynch, Billy Magnussen, and Christoph Waltz are solid in the film, but the weaker writing compared to previous standout films “Casino Royale” and “Skyfall” never gave them much to sink their teeth into.

“No Time To Die” is a very flawed film from a technical standpoint. The villain is average and forgettable, the main disease that takes center stage is poorly explained, and Bond’s death, while tragic and shocking, felt undeserved and underwhelming. However, the performances of most of the core cast, the cinematography, action scenes, and emotional resonance really elevate this film.